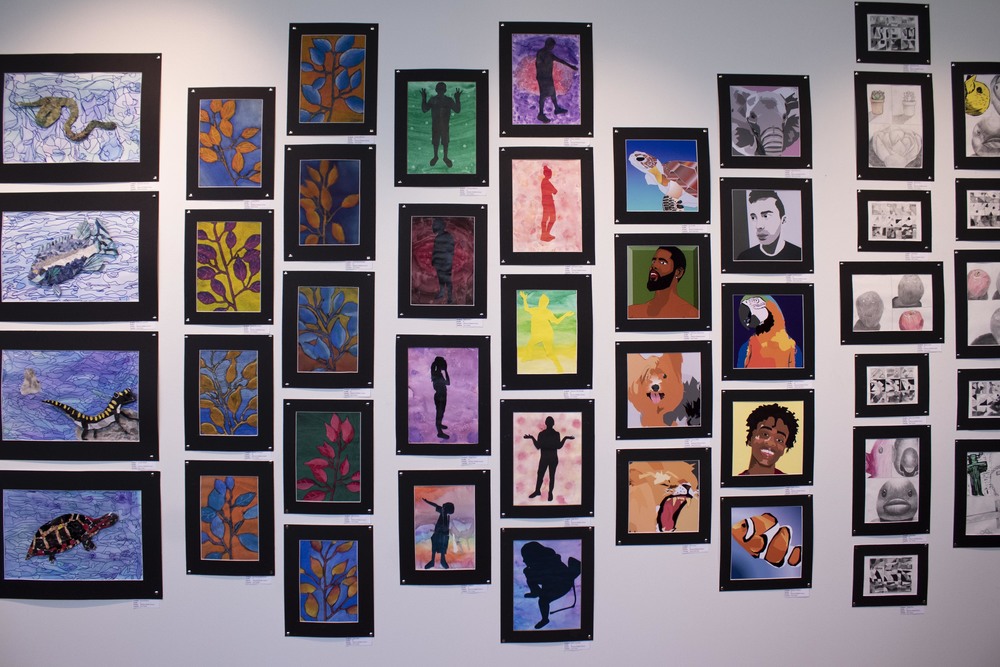 A Display of Creativity

Skill and talent spanning all grade levels was on display at the 4th annual Alliance City Schools District Art Show on Wednesday, May 22.

Taking place at the Sally Otto Art Gallery at the University of Mount Union, the hall was filled with artwork created by students from across the district. Everything from artistic portraits to abstract paintings to creative renditions of dinosaurs were on display.

A few of these pieces deserved additional recognition, according to the art teachers throughout the district.

In kindergarten through third grade, Vanessa Hinojosa received an honorable mention and Autumn Wineman received the Best in Show award for the year.

In grades four and five, an honorable mention was given to Cassandra Dickson and the Best in Show award was given to Cierra Blake.

Among the middle school students, Kacie Bench received an honorable mention and Rylan Thomas received the Best in Show award.

Among the high school students, an honorable mention was given to Caitlyn Mitzel and the Best in Show award was given to Abigayle Anderson.

Still, despite only a few being verbally recognized, all the work on display brought something special to the gallery. Bianca Burwell, the art coordinator for the district and the self-proclaimed “Jedi Master of the Visual Arts,” said all the artwork demonstrated the best of a particular skill or area in art.

She also stated how proud she was of her students, who “worked so hard to get here.” She said it was a joy to see a passion for art in younger kids and was glad she had the chance to give them “that gallery experience.”

Another district art show is likely to be held next year, allowing for a whole new set of artwork to be displayed and talent to be recognized.