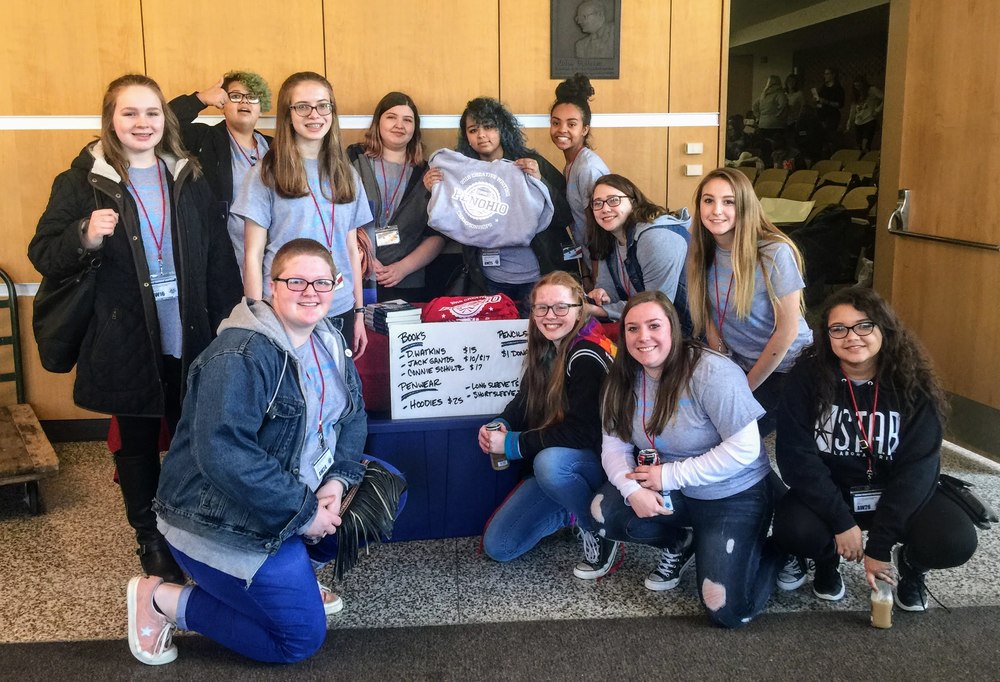 Five Alliance High students will compete in the first-ever PenOhio state tournament at the College of Wooster on May 19.

“This is PenOhio’s first-ever state-level tournament,” said Coach Thomas Wilson. “In the past, Power of the Pen had one for middle schoolers, but there was never a high school competition until now.”

The team is going to be competing against top-scoring writers from all regional tournaments statewide, he said.

The five qualified for the state competition by scoring in the top 50 percent of their division at the Heartland Regional Tournament held March 10 at Kent State University at Stark.

For the third year, the AHS PenOhio team did well at the Heartland Regional tournament at Kent Stark.  Julia Schwartz won first place overall in the individual JV division.

Leading up to the tournaments, the team practiced weekly between November and March under coaches Wilson and Rachel George.

“PenOhio really is one of the most exciting creative outlets there is,” said Dynasty Ford.

“Being on the team really brings me a lot of joy,” she said. “I feel I get to express myself as a writer.”

“The team has worked really hard at countless practices,” Wilson said. “It was very rewarding to see the way they stepped up at the last competition and truly tried their best.”

“I am very excited for these state qualifiers to go out and represent AHS in such a positive way.”