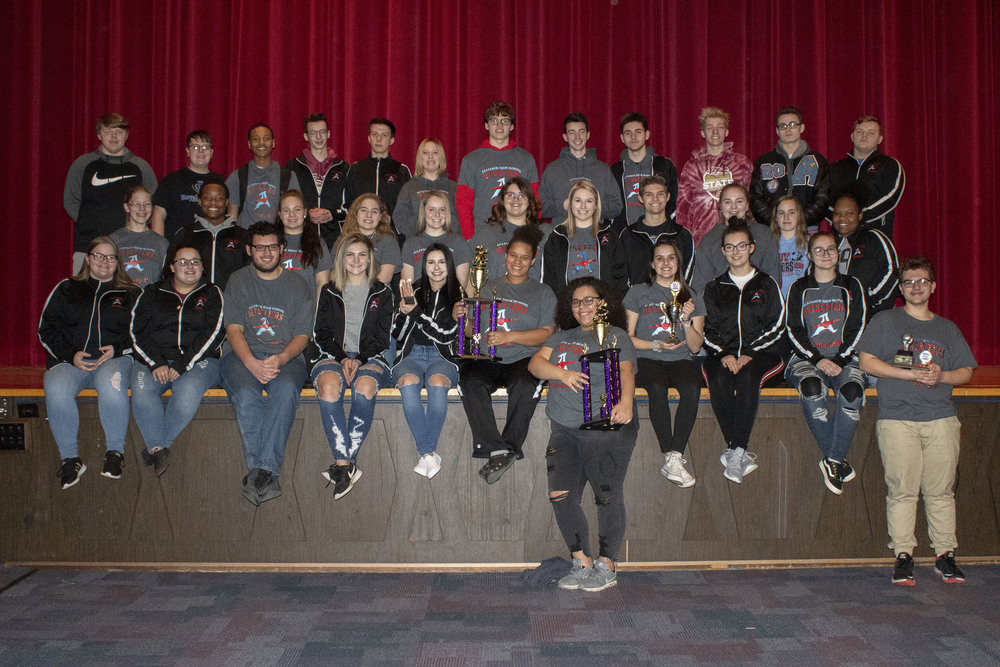 The competition took place at Twinsburg High School with 14 schools competing from four states. The Jetsetters competed in an intense daytime competition which allowed them to advance to the final competition the same evening.

“This is a first for the Jetsetters; Alliance students have won these honors in the past but never have we had a clean sweep of this category,” said Carrie Chunat, the Alliance High School choir director. “Kiera and DeSean are both soloists in the song, ‘To Make You Feel My Love.’”

This was the second time Hairston received this award and the first time for Hollins.

Senior Lauren Snyder was named the outstanding performer for the Jetsetters for the first time during the competition.

“I am especially proud of our performance,” Chunat said. “We competed against schools that were two and three times our size.”

The Jetsetters were the highest placing small school in the competition and one of the youngest in regards to competition experience. The choir has been competing for only six years. Many of the schools they competed against have been in competitions for as long as 30 years.

The Jetsetters will be competing on March 9 at Norwell High School in Ft. Wayne, Indiana. This will be the first time the show choir travels outside of Ohio for a competition.