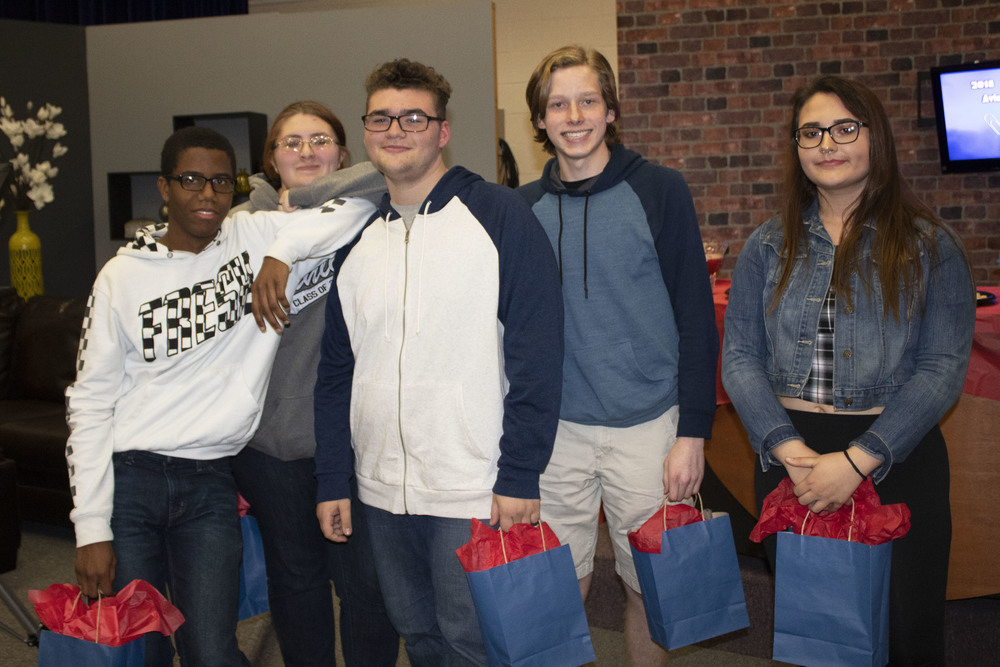 In an unusual move, Alliance High Media Arts students stayed out of the studio to produce their films for the eighth Aviator Shootout Nov. 7-9.

Actually, that was a requirement for the competition. Students were not allowed to use the high school building in the 48 hours they were given to create a five-minute film.

Juniors and seniors were divided into three groups of five. Each group was assigned a different prop, production technique and catch phrase. The only thing they were allowed to do before the 48-hour period was write scripts.

“I think they just seem to learn so much in that 48-hour period, especially why it’s so important to plan ahead,” said Kyle Schwarz, director of Channel 1022, who works with the Media Arts program. “The ones who planned more did better.”

They also learn how to do the many tasks required to produce a film. The students got to know each other better throughout the process.

They also were able to learn from their mistakes.

“We filmed on Thursday, but when we started to edit it, we realized that we had no audio,”  said senior Jordan Raffle. “So we had under 24 hours to re-do our entire film.”

The competition was judged by five members of the community. The film that won first place was “Code German,” about a secret agent who stops an evil German from destroying the world.  Drew Barker, Emma Courtwright, Madison Puckett, Maurice Jefferson and Nate Heitzenrater created that film.

Junior, Eddie Dillon was named MVP for “going above and beyond,” not only with the Aviator Shootout, but in his Media Arts class.

The event was sponsored by Alliance Ventures, Mayor Alan Andreani, Robertson Heating Supply, Groves Appliance and Cassaday Turkle Christian Funeral Home. Their sponsorship assisted in the purchase of food for the event, as well as prizes.