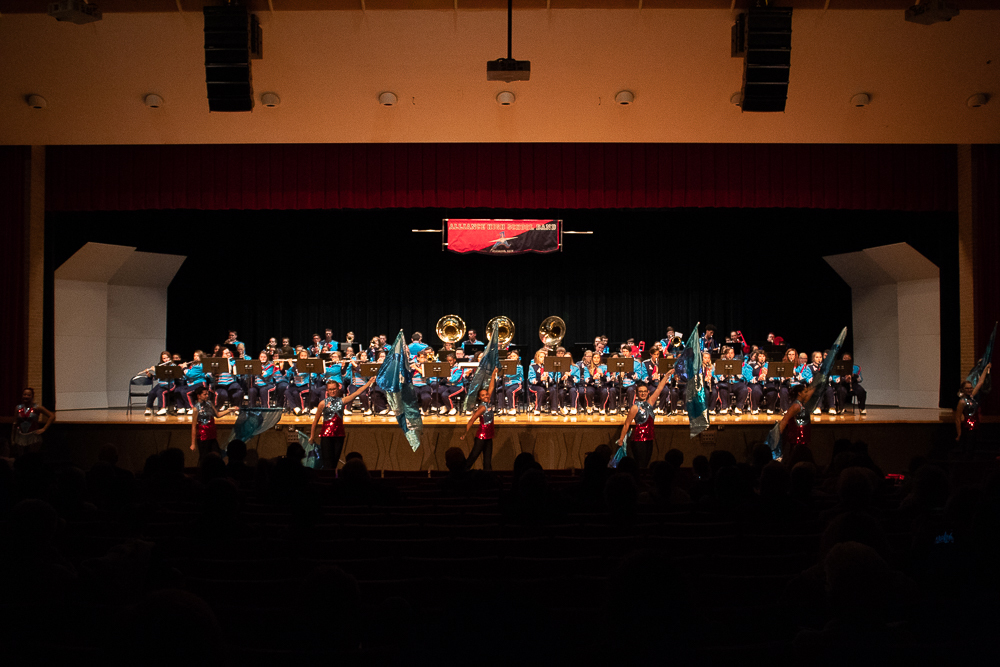 The Alliance Aviator Marching Band celebrated the end of their season with their annual concert in the high school auditorium. The band performed songs from their pregame and halftime performances, as well as the stand tunes.

“It was a great way to end the season,” she said, adding that her favorite song was “Shout Out to the Greatest Show” from their halftime performances because “it’s upbeat and it sounded good.”

Director Shaun Fontaine spoke of how grateful he and the rest of the band are to have their new bus, thanks to the Band Boosters and community fundraising efforts. Maintenance and bus garage staff converted an old Bluebird bus after the band outgrew its instrument trailer.

Fontaine also spoke of their next project. The band is looking for sponsors and donors in order to display all of the former AHS Marching Band uniforms.

Senior band members were recognized, and some of those members told of their favorite memories from their time in the band.

Senior band members were also recognized during Senior Night at Friday’s football game. The seniors voted to perform “I Want You Back” during halftime.