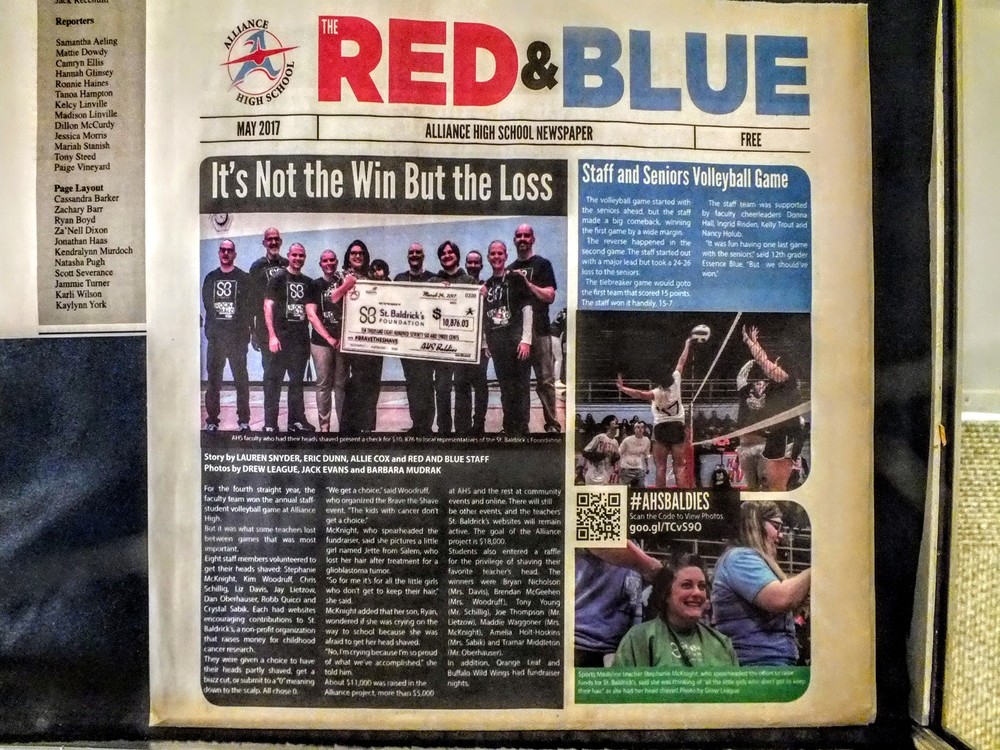 The display at Rodman Public Library is evidence: the Red and Blue goes back at least 100 years.

The display in the library’s Main Gallery was the idea of Chelsea Shar, communications liaison for Alliance City Schools. It resulted in showcases full of the high school’s newspapers and yearbooks dating back to 1917.

In addition to “Red and Blue,” the newspapers on display from the 1930s and 1980s also have “Good News Well Told” on the paper’s masthead.

“When I found a closet in the high school Media Center full of old newspapers and yearbooks, it fascinated me,” Shar said.

“I knew others would be interested in seeing Alliance High’s history,” she said. “And the display was great timing as Rodman is digitizing all the Chronicles and Red and Blues.”

She said an especially interesting find was  a grade book from the 1800s. While adding it to the display at Rodman Library, she happened to open it to a page with the grades of famous Alliance native Mabel Hartzell. The pages displayed in the showcase show that high school juniors took subjects like English Grammar, Physiology, 1st Algebra, Bookkeeping and Rhetoric.

“It's amazing to think about how the publications have changed,” Shar said. “The display shows (yearbooks) dating back to the early 1900s. Then, the Red and Blue was a part of the Chronicle as a literary magazine, and we have samples of those.”

“The Red and Blue went through years of being a bi-annual publication and then it seems in the 1930s, it went to a newspaper,” she said.

In the past 15 years, printing costs have reduced the number of newspaper editions from seven per year to just one at the end of the year, said Red & Blue advisor Barbara Mudrak. The rest of the time, stories and photos appear online.

The Alliance Review also publishes many of the articles her students write, along with photos taken by Robb Quicci’s yearbook and Interactive Media students. Quicci is the yearbook advisor, and his IM students design the newspaper.

Stacy Digianantonio, manager of the Children’s Department for Rodman Public Library, is in charge of the exhibit. She pointed out that newspapers and yearbooks become primary sources for those studying history.

“I think the importance of newspapers is that they reflect everyday life from that particular time in history,” she said. “Major events are well documented, but I think it's important to document the normal, day-to-day life as well.”

“Historical newspapers are interesting to the public because it's fun to see how things were in the past, and people who lived through it can reminisce,” she added. “People have enjoyed the display, especially the photos.”

For more photos of the display at Rodman Public Library, click on this link: https://photos.app.goo.gl/SbEFTOo4IHwf5UME2 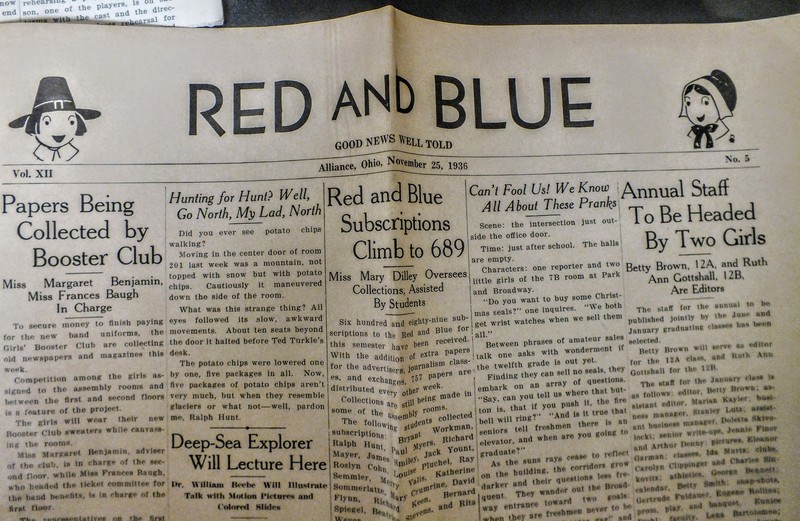 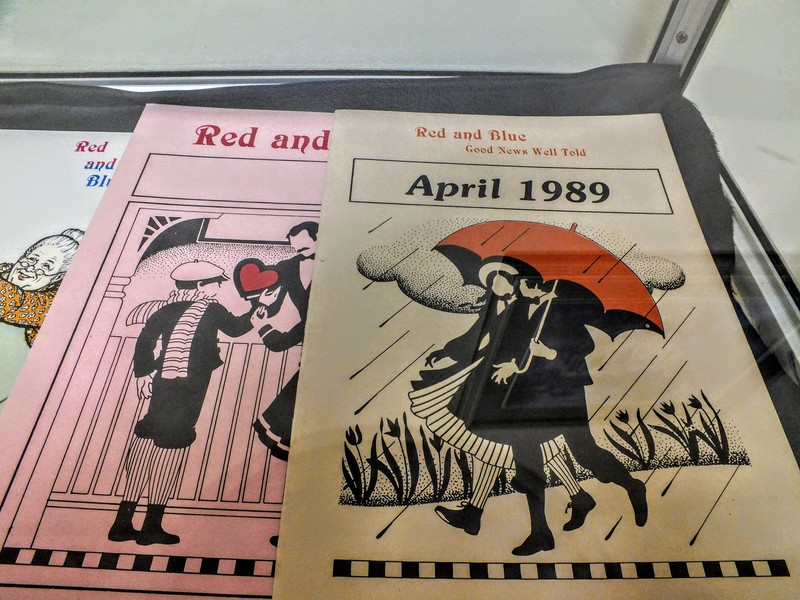