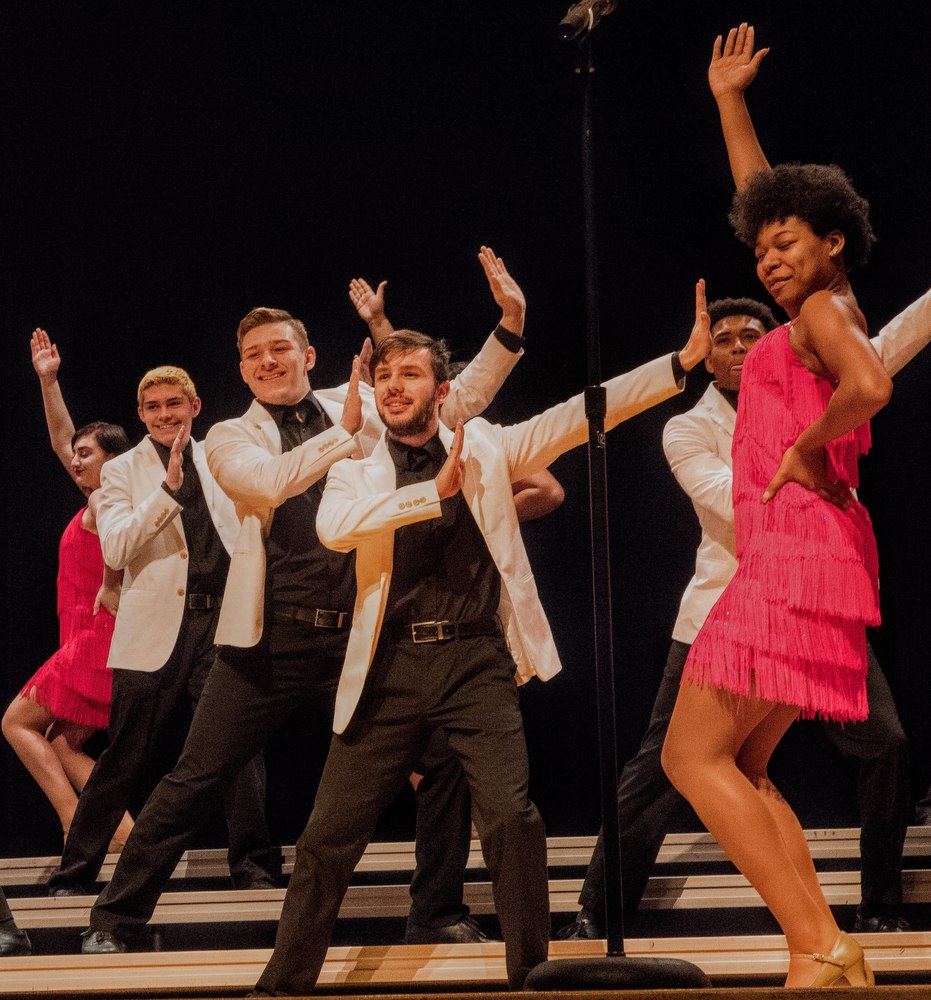 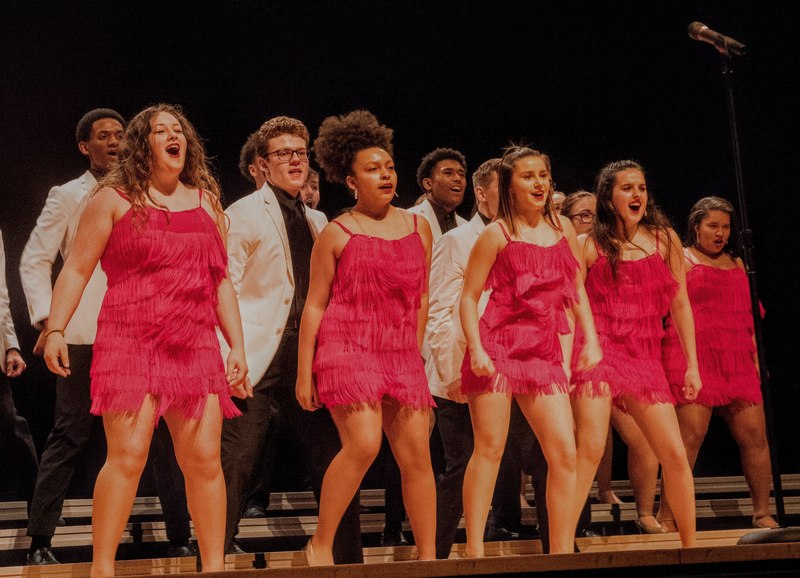 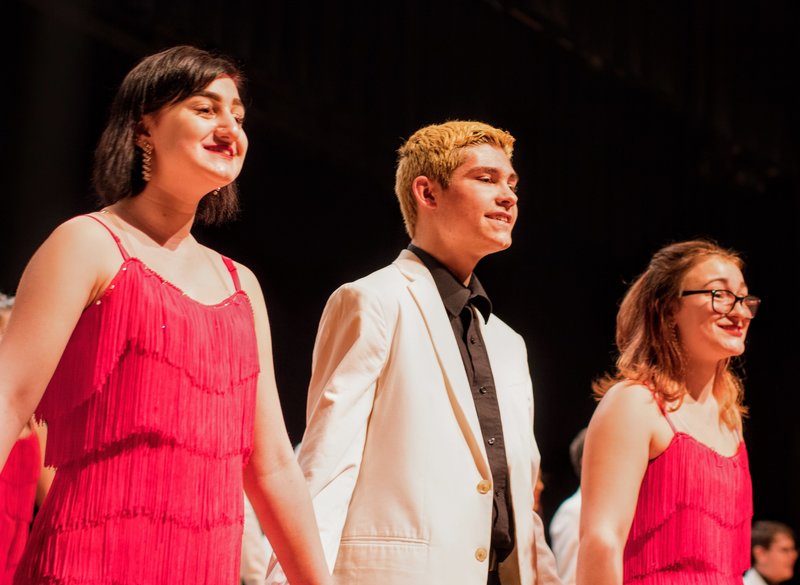 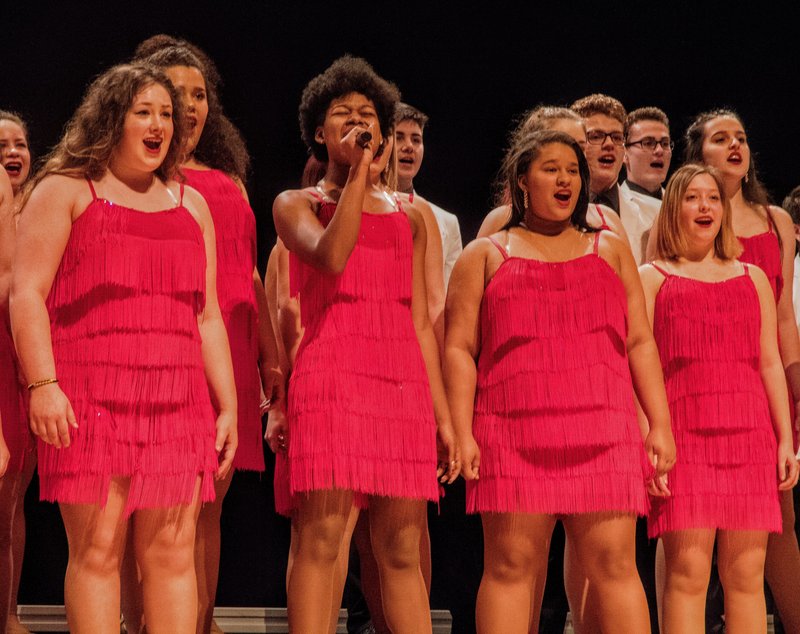 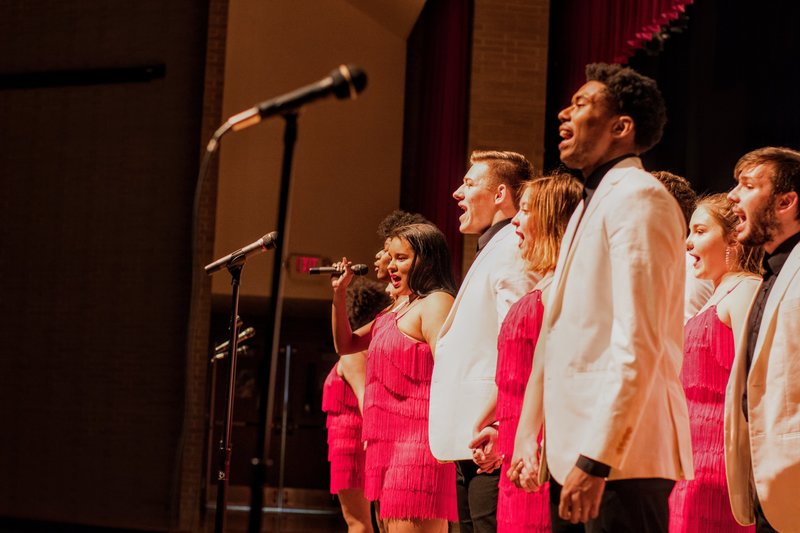 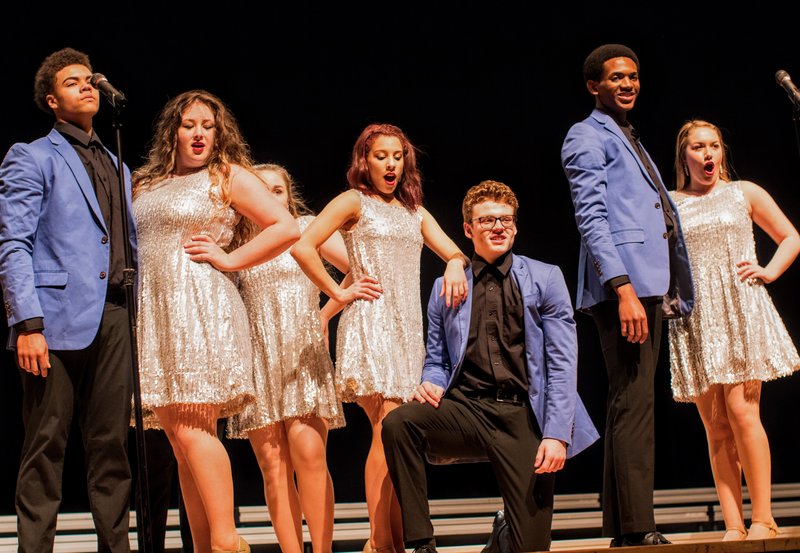 Members of the Jetsetters, the Alliance High show choir, will spend St. Patrick’s Day competing at Sheridan High in Thornville.

The Jetsetters gave fellow students a preview of their show during a dress rehearsal. The show includes:  “Big Time;” “I’m a Star” with soloist Kiera Hairston; “The Distance You Have Come” with soloist Char’Metria Threats; “Disconnected” with trio Phoebe Jackson, Braijon Clayton and Destini Howard, and “Break My Stride.”

The show choir has had a successful season so far, earning Class B Champion, best vocals and best choreography in Class B, and fourth runner-up overall in the Nov. 4  Ada Music Fest Show Choir Competition. DeSean Hollins was named Outstanding Performer that weekend.

At the Findlay Fest Show Choir Competition on Jan. 27, the Jetsetters were fifth runners-up in the Small Mixed Division and Char'Metria Threats was named Outstanding Performer.

Jakc Shields, Phoebe Jackson and Devin Thompson have been in Jetsetters throughout their high school careers.

“It’s a close-knit group, and it’s gotten me closer to people I wouldn’t know otherwise,” Shields said. “It’s something I can do with friends, both competing and representing my school.”

“It’s one of my favorite things in high school. I look forward to class every day,” Thompson said.

He feels he has improved in “my dancing - by far - my facial energy, my energy overall, and my ability to hit moves” in his four years with the group.

Jackson said she had admired the Jetsetters since seeing her older sister Samantha perform with them.

“I love the group, I love Ms. Chunat,” she said. “It’s my favorite thing I’ve done in high school.”

She said she is hoping to join a similar group that is forming at Ohio University when she becomes a student there.

Jackson and the others are looking forward to the March 17 competition, which is mostly for small high schools.

“I think we will look pretty good,” she said. “I hope we can take first.”

Shields said they are also looking forward to Alliance High hosting a competition next year.

“We’re all really excited about that, even though some of us won’t be here,” he said.