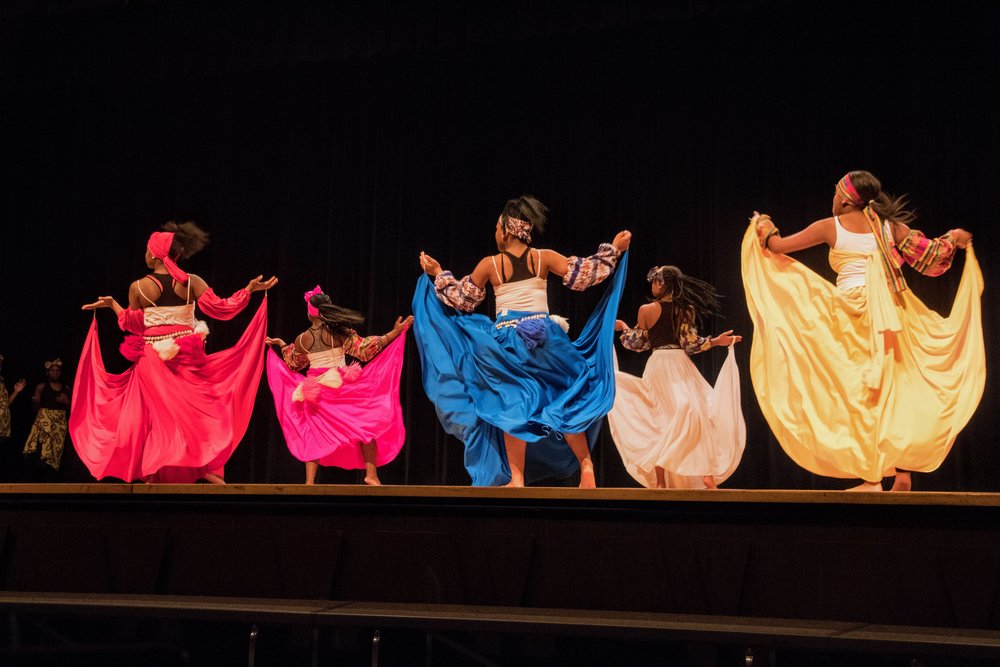 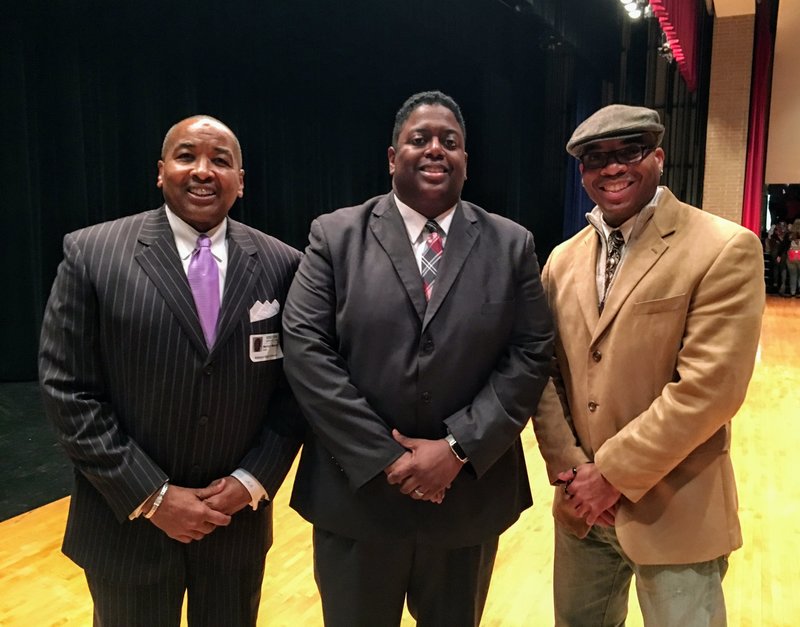 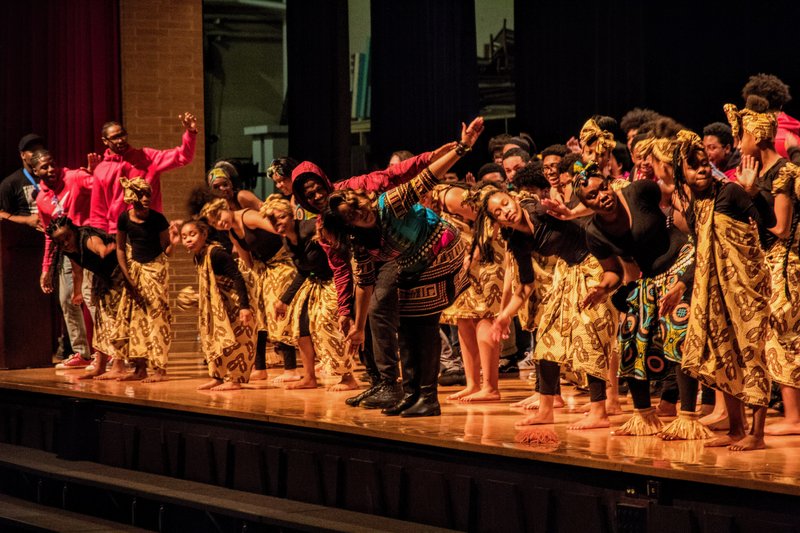 Ending with traditional African dances, drumbeats and songs, Alliance High’s Black History Month assembly was a captivating and educational experience for all who attended.

The assembly opened with a performance from Alliance High School’s choir, under the direction of Ms. Carrie Chunat, accompanied by students from Ms. Jennifer Armstead’s American Sign Language classes, who signed the lyrics.

Rainah Valdez-Torrez explained the history of the Pathfinder Awards, given to individuals who have graduated from Alliance, then paved the way to success for youth in various fields.

Student Giavonna Hill then introduced the Rev. Aaron Hill - her father - who won the Pathfinder award in Education for his work with students and with the community.

Dr. Michael Grimes, who practices family medicine at Alliance Community Hospital, received the Pathfinder award for his leadership in the field of Science and success in the medical field.

Dr. Grimes talked about the importance of being able to accept criticism, being grateful for loved ones, and respecting those around you.

“Find five people every day and say something nice to them,” he advised.

Award winner Merrick Malone, a real estate developer and attorney with years of experience in Washington D.C., said he he had two Pathfinders in his life: His parents, Dr. Gloria Malone and the late Arthur Malone. Dr. Malone was “the first African American teacher in this city, the first at Mount Union, and the first chair of a department at Mount Union,” he said.

“You can have a dream, but you must have a plan to achieve it,”Malone said, ending his speech with a comment about the 2018 Pathfinders as a group:

Throughout the remainder of the assembly, the group performed a number of different dances, each with a specific meaning and significance in their respective African cultures. Every dance was set to music played by drummers on the side of the stage, while some dances also included lyrics sung in various African languages.

The lineup included dances such as “fanga,” which means “welcome,” “harambee,” meaning “let’s all pull together,” and “frekoba,” which translates to “dance of fertility.”

The last two dances required participation from the audience, with students piling onto the stage for the second-to-last dance, closely following and replicating the movements of the instructor.

The final dance involved the audience singing a simple phrase, “bomba,” meaning “dance of the butterfly,” during the performance with varying pitch and tone. The dance itself is not only African in origin, but a mix of African and Caribbean culture.

As the dancers exited the stage, the assembly was quickly wrapped up and the students were sent back to class, many singing songs from the performance for the remainder of the day.