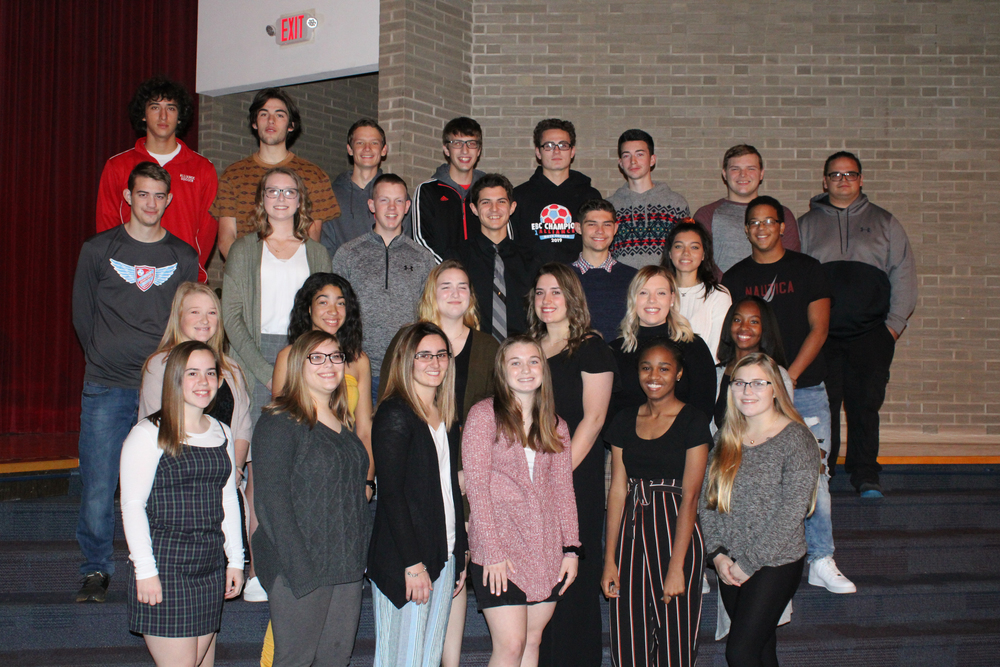 The EBC Championship Boys’ Soccer and Football teams were among the 195 athletes recognized at the annual Fall Athletic Awards Night on Nov. 20.

Athletic Director, Mike Schott talked about the successes of the fall sports season.

“We have a lot of outstanding accomplishments to celebrate this evening, not only as a team, individuals coaches, etc. It’s been a very productive fall sports season within the past so many years,” he said.

Boys’ Soccer Head Coach, Skyler McCully was asked what it was like being named EBC Coach of the Year.

“It’s quite an honor to be recognized for the hard work and time that is put into coaching,” he said.

The Football team qualified for the playoffs for the third straight year and had an overall record of 7-3. Their other records were 1,503 yards rushing and 1,637 yards passing. First Team EBC Football players were Leading Rusher, Jeff Talbert, Nick Oldfield, Leading Receiver, J’Dynn Seals, Andrew Datz, Leading Passer and Defense, Braidyn Hartzoe, who had the most passing yards, which was 375 yards, and Dylan Bugara. Second Team EBC Football players were Brandon Alexander, who had the most passes completed in a game, with 21 and that was when they went up against Canfield, Daiveon Baker, Jhon Howard, and Moe Thompson. Honorable mention EBC Football players were Nick Deack and Chris Phillips. 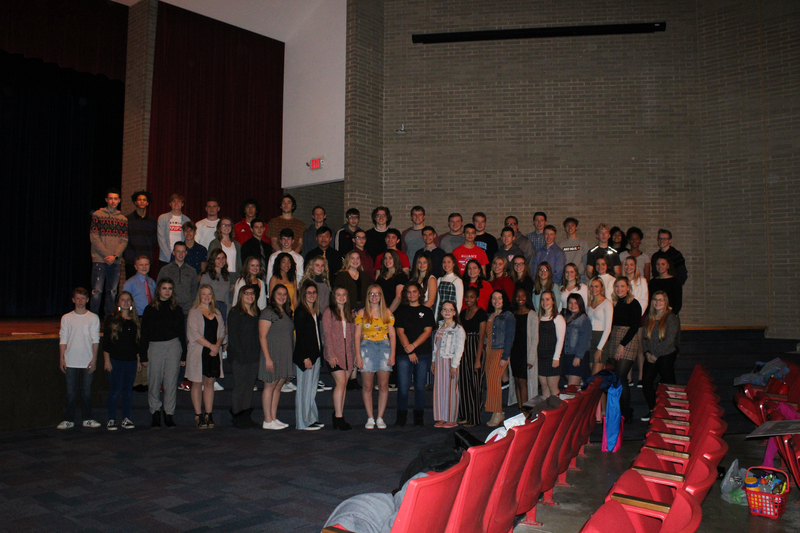 “This is the best conference placement for Girls’ Soccer in over 10 years,” Girls’ Soccer Head Coach, Matthew Horning said in an email to Red and Blue Staff.

“The boys and girls teams generally ran faster and placed better than they did last year, which is a good sign of the team’s progress,” Cross-Country Head Coach, Matt Bobola said in an email to Red and Blue Staff.

“We improved a lot from last year, we have a lot of girls returning, and we hope to have a good season come next year,” Girls’ Tennis Head Coach, Steve Cabassa said.