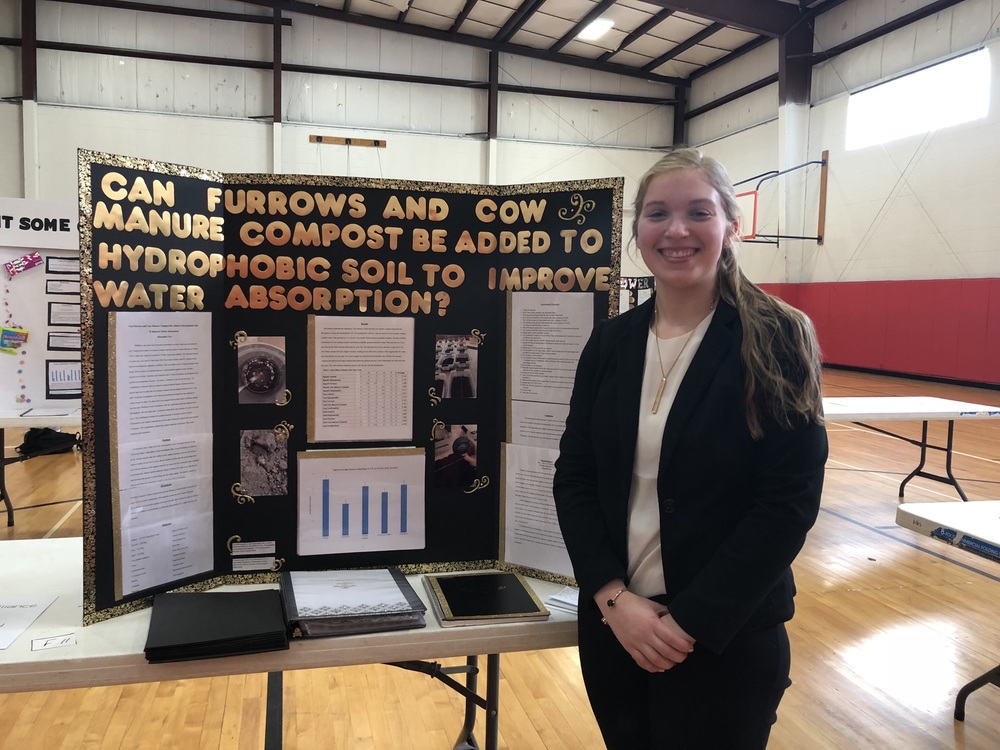 Fifteen Alliance students are eligible to compete in the District Science Fair at the University of Mount Union March 10 after earning Superior ratings on their projects in the Science Alliance.

If they receive a Superior at the district fair, these students have a chance to qualify for the State Science Day at The Ohio State University in May.

Junior Alexandra Cox’s project, “Can Furrows and Cow Manure Compost Be Added to Hydrophobic Soil to Improve Water Absorption?” won the award for the Environmental Science category as well as the Best in Show award.

The best project in the Math category belonged to sophomore Eleanor Brugh for her project, “Patterns in Variation for Pascal’s Triangle.”

Eighth grader Caroline Denny had the best project in the Microbiology category for “How Does the Length of Heat Shock Affect the Transformation Efficiency of E.coli?” The eighth-grade team of Samantha Gotter and Alyssa Risley won best project in Chemistry for “How Well Markers Come Off Painted Drywall.”

There was no shortage of interesting topics at the Science Alliance on Feb. 9.

“My favorite part was hearing the test subjects tell what they saw in the illusions,” said Katelyn.

Alexandra Cox, also a junior, said she chose her project on water absorption in soil “because I live on more than 40 acres of land, so I'm interested in farming techniques and how they can be improved.”

“My favorite part was conducting the actual experiment and hitting the baseballs,” said Jameson.

Katlyn Zurbrugg tested “Gamers’ vs Non-Gamers’ Reaction Times.” Not surprisingly, she found that “people with more time on gaming tend to be faster than people who do not game regularly.”

In her project called “Is Your Fitbit Legit?” Madison Sams found that “the more you walk, the less accurate it (The Fitbit) gets.”

Juniors Stefan Thalacker, Megan Brookes and Shiann Jackson did a project on mnemonics, or tricks to help remember things.

“Science fair was a great opportunity to see hard work pay off,” Stefan said. “I learned a lot and think I’d like to participate again next year.” 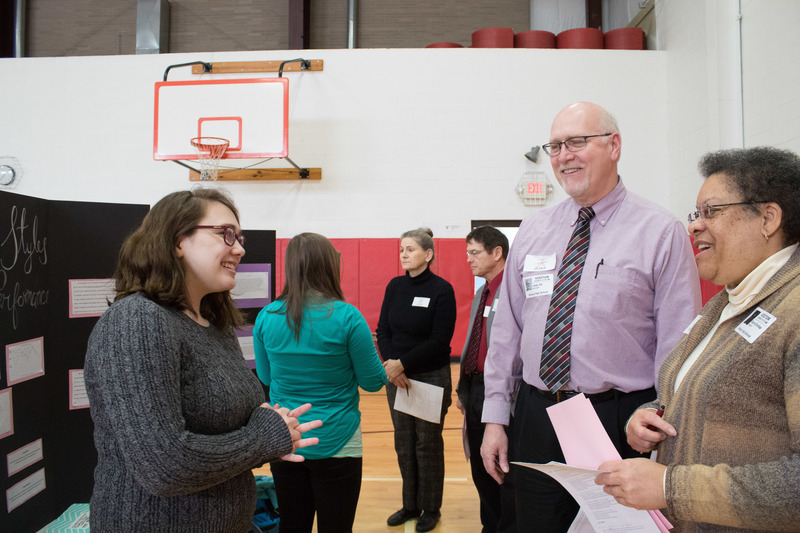 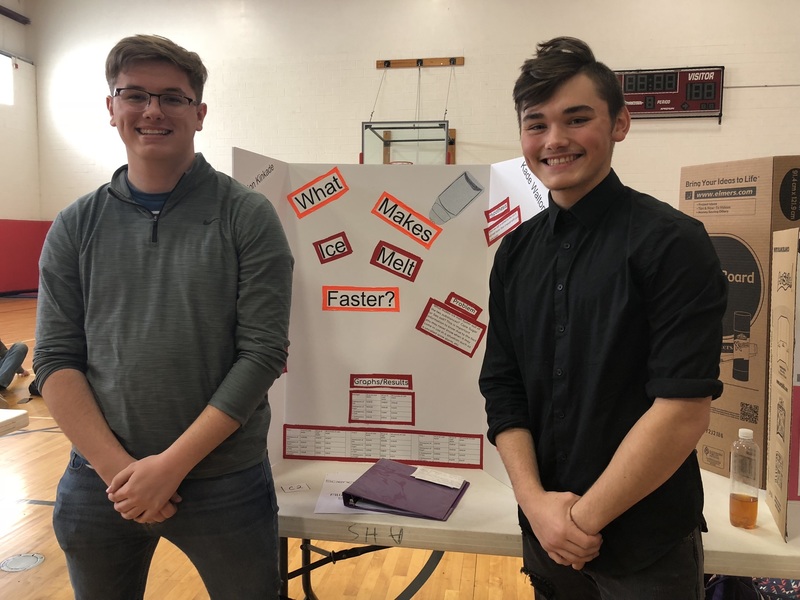 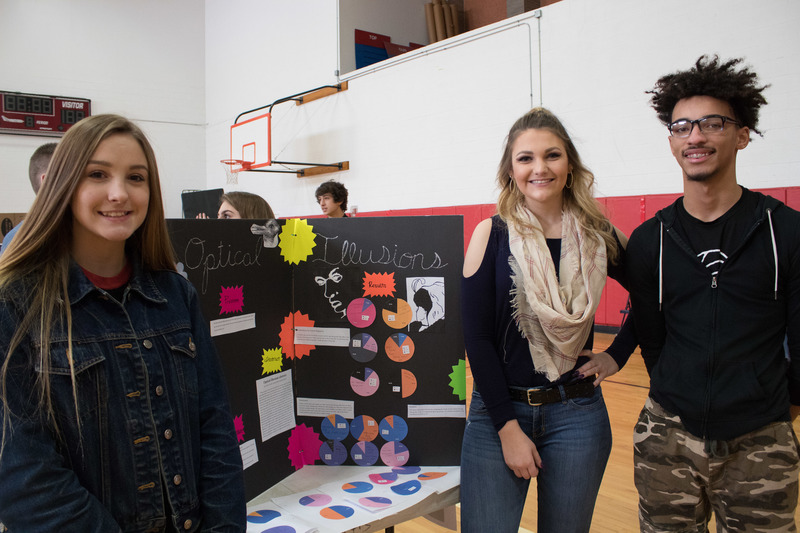 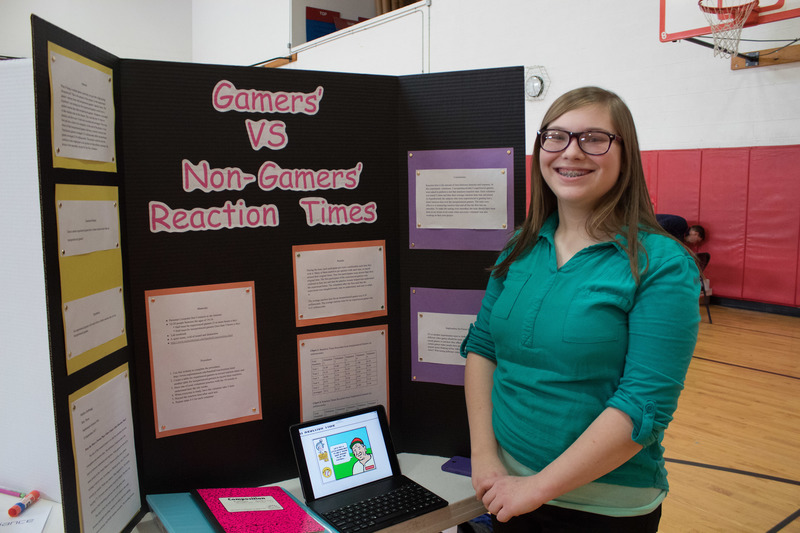 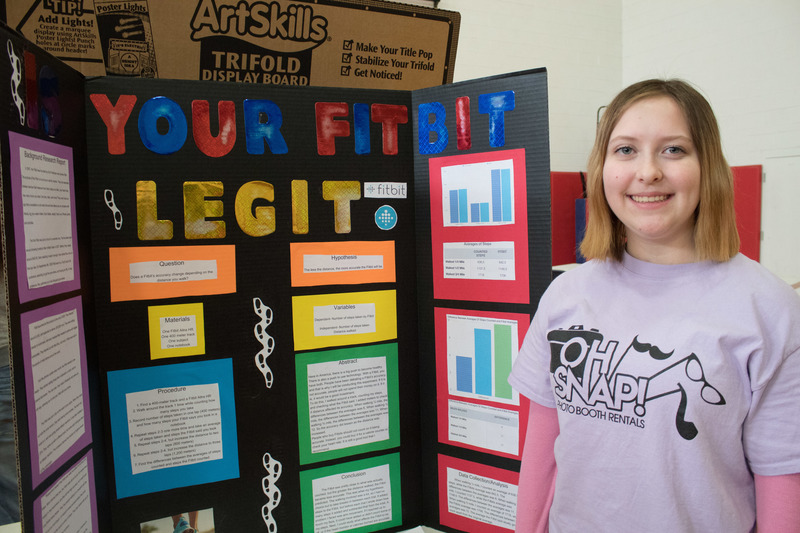