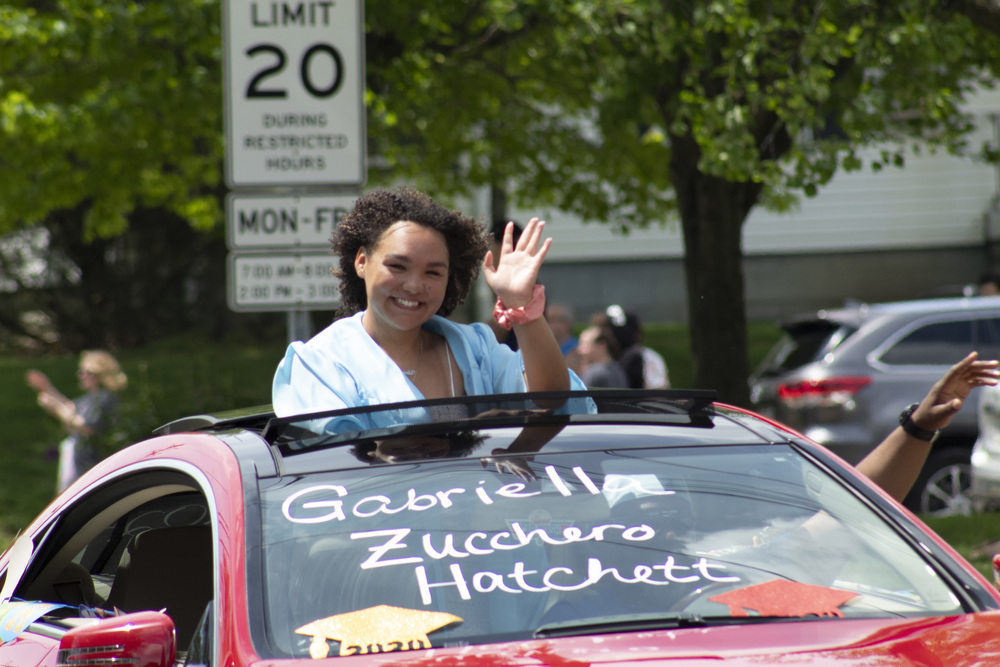 The Class of 2020 has officially made it through high school.

That statement doesn’t hold the same weight I expected it to all these years. I don’t even feel like I’ve graduated.

I walked across the stage and heard Principal Shawn Jackson call my name. I posed for my family to take pictures. It felt good.

I went to the senior parade. It was amazing to see the Alliance community show their support for us. I smiled through the entire event. I’m so grateful to everyone who helped organize it.

I watched the virtual graduation ceremony. It felt rewarding to see the photos of every senior and hear their names read. I cringed at my speech. I nearly cried as I watched the videos of our teachers giving us advice. It was the best virtual ceremony I could ask for.

This is an important time for seniors. We deserve to celebrate our accomplishments, and we didn’t get the chance to do it in the way we wanted to. But the world is crying out, and it’s not crying out for us.

A global pandemic. The death of George Floyd. The needless and unpunished deaths of countless other African Americans at the hands of police. Protests sweeping across the country and the world. Rioting. Looting. Police attacking peaceful protesters and members of the press. The public return of the hacktivist group Anonymous. The emergence of documents potentially tying politicians across the world to a pedophilia ring. “We are Legion.” The President of the United States authorizing the use of tear gas and rubber bullets to remove peaceful protesters for a photo opportunity.

I can’t write about how graduation wasn’t what I expected, because I don’t care anymore. There’s nothing wrong with feeling slighted or sad that we missed out on the end of our senior year. We didn’t get what we deserved. But it’s not about the end of our high school careers anymore.

We are the inheritors of this world. We were told our entire lives that we are the future. But the future is here, and it’s not a future I want to be a part of. It’s time we make the future our own. Let’s get out there and change the world, Class of 2020.